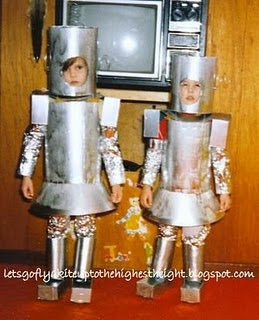 After Mr. KJ saw my 1979 robot costume, above, he wanted a costume for his musical performance.  Unfortunately, he only told me about thirty minutes before we had to leave for the party.

This is what he got. An Amazon shipping box covered with foil, and red felt circles, and topped with an energy wasting lightbulb. 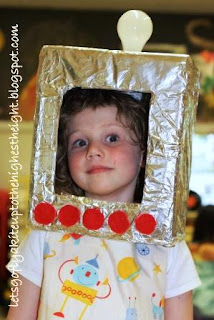 The "costume" (and I am using the word liberally), was a hit with the kids.  They kept asking why he had a light bulb on his head and wanting to try the "costume" on.    Something so simple (and silly) made such a statement.
As for Miss Lily's attennae, below, they were made with an old head band, wire, springs, hot glue and yellow pompoms.  In the photo, below, you can see how she cut her bangs herself. 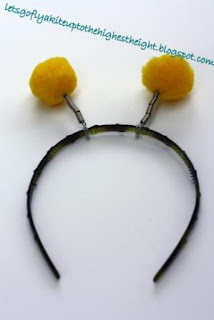 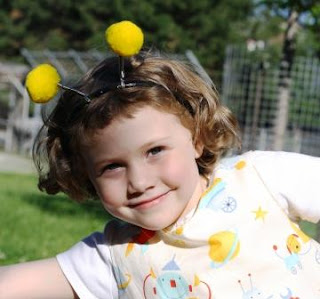